The Gift of Therapy Training 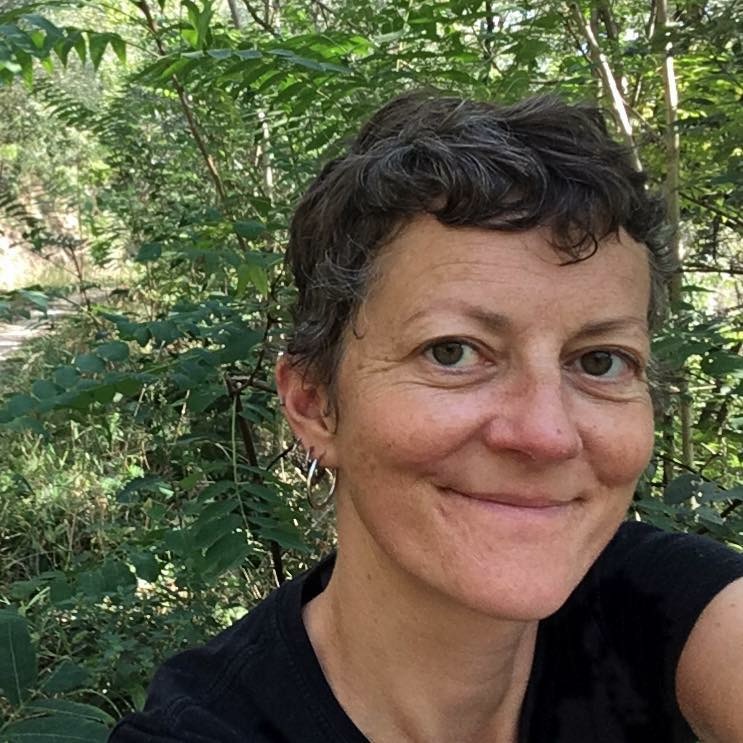 This month we are delighted to include a beautiful blog from one of our colleagues Lucy Hyde, who
shares with us some of the ways in which therapy training has been a “gift” to her.

I don’t know if you know Irvin Yalom, an American psychiatrist who’s written many books in the field of psychotherapy. I love his writing, partly because he makes reading about psychotherapy effortless – my Try Hard driver has a tendency to make reading ‘work’ to justify it – but mostly because of the way in which he reveals his vulnerability, opening up about mistakes made as a practitioner – this godfather of psychotherapy gets it wrong too! The only driver that’s stronger than my Try Hard is my Be Perfect, so I avidly devour these reminders that it’s OK to be good enough, that making mistakes is human, that before anything else, therapists are human beings.

Anyway, Yalom wrote “The Gift of Therapy: an open letter to a new generation of therapists and their patients”, when he turned 70. It’s a collection of his learnings about psychotherapy – tips, suggestions, guidance if you will – from the therapeutic relationship to ‘the hazards and privileges of being a therapist. I guess this blog is my open letter to anyone considering training as a counsellor or therapist.

Why is therapy training a gift? Because once you’ve committed to it – made that decision – you’ve taken the first step on a journey of discovery. Sounds a bit grandiose, doesn’t it? Yet it’s true – after that first step you can’t go back; you can turn aside and take a different path, you can even pretend that you haven’t learned what you’ve learned – but it’s still there, and you know a little bit more about who you are than before.

Here are some ways in which therapy training has been a gift to me:

1. I understand myself better
I’ve just moved back to my home in Scotland after living in Italy for two years (I mention this casually, as if it isn’t a Really Big Deal that I managed to summon up the courage to do that!)  As I was unpacking boxes that had come out of storage, I came across my notes and books from my COSCA certificate in Counselling Skills. This course is a prerequisite for many training courses; mine was unusually spread out over about 18 months which I’m very grateful for – it gave me all that time to really process what I was learning. The end of the first module required a self-evaluation. Here’s what I wrote: “I have realised that you can be a flawed individual and a counsellor at the same time – being a counsellor isn’t something that only comes once the individual has laid their demons to rest and become totally at one with themselves. In fact we never stop developing and discovering ourselves.” At that point I had never heard of TA and didn’t know what a Be Perfect driver was – but I’d already learned an important lesson about being Good Enough.

That learning about self never stops. A few years after leaving formal training, it’s become a habit.

I’ve written recently that when I was training to be a counsellor, my therapist asked me “Would you be here if it wasn’t a course requirement?” I saw it as a luxury I was obliged to pay for, to ‘do my learning perfectly’. I would still feel the struggle of justifying spending that money on myself now (I’m not currently seeing a therapist) but I’d be much more likely to go ahead and do it anyway.

Because I decided to see a counsellor during my COSCA certificate to better understand how to apply the theory to myself, and because I started seeing a TA therapist only weeks after I began the Foundation Year, I can’t separate training from personal therapy. The two are intertwined. My sessions were on a Monday and so after a training weekend my therapy session fed into, and was fed by, my processing of that weekend. But my life wasn’t just about training; as well as understanding the link between my family of origins and my attitude to group process, therapy over that four years helped me with grief, relationship difficulties, work stress and with the ultimate, self-acceptance.

3. My relationships are better
My first introduction to Transactional Analysis included the warning “people often decide not to continue because they realise that they’re changing and will lose some relationships” and that has certainly been true for some people I know – but that’s not necessarily a bad thing in itself.

Training (and therapy) made a big difference to the relationship between me and my partner. In part this was because he was interested in it and would often ask what I’d been learning about, but anyone can understand the basic ego state model and recognise how they slip into a Parent-Child dynamic – and how they can choose to do things differently. We still use the Daily Temperature Check (maybe not daily, but regularly) after Ronen Stilman introduced it in a couples training weekend and it has made a huge difference to how we communicate.

Other relationships have changed too. I’m much more likely to be open about my vulnerabilities and fears than before, which invites intimacy from others. I’m also much more inclined to give love more easily; my stroke profile has shifted as I’m more ready to give positive strokes both to others and internally. I’ve learned that actually it’s good for the soul to be generous with your love – the Warm Fuzzy Tale of Claude Steiner in action!

4. I’m braver
Remember what I said about living in Italy? I think it’s probably true to say that without learning to be more kind and patient with myself, I would never have plucked up the courage to move to a country where I didn’t speak the language. It would have continued to be something that we’d talk about as an aspiration without ever actually taking the step to do it. Oh, other things contributed; I had a bit of money from an inheritance as a safety cushion; I’d taken the step of leaving full time work to work part time while setting up in private practice so I’d got used to budgeting and changing routine, the Brexit referendum gave impetus – but the change in me was crucial.

Don’t get me wrong; for much of my time there it was amazing and terrifying in equal parts. I was both living the dream and hiding in a cave sometimes. The change to my routine and the powerlessness of my not earning money for the first year were very challenging, as was the realisation that my Be Perfect driver would prevent me from ever speaking Italian quickly as I agonised over formulating the right phrases! But through it all I held in mind the wisdom of my very first TA trainer, that this was an AFLOG – Another Fucking Learning Opportunity for Growth. I learned to appreciate the amazing and accept the difficult, and to sit with juggling both of those at the same time.

Above all I’ve learned that it’s OK to push myself to do things outside my comfort zone (and it’s also OK to let myself stay in the safe place sometimes). I’ve got the confidence to get stuck into my next project – developing an outdoor therapy practice.

5. I’m more reflective
Therapy training encourages reflection as well as self-awareness. Reflection on what has gone well – and what could be done differently. I’ve continued with the practice of regular goal reviews, even while it’s been difficult to know where I’m going to be in six months’ time. That has been valuable not only in terms of giving me a sense of control at times when I’ve been floundering (even while the route meanders) but more importantly it’s helped me see how far I’ve come and to value that.

I really put it off this year because of transitioning back from one country to another – thinking “how can I know what I’m doing before I’m settled?” Yet when I knuckled down to it, I found cause for celebration as I reflected on my hoped-for goals of a year earlier, and the growth and development made since then.

6. I appreciate the meandering path
I often find it difficult to switch off the ‘shoulds’ – and the terrifying hierarchy of TA acronyms probably feeds into that a little. Though I knew it myself – somewhere – I was grateful to hear it when my partner said – maybe halfway through my training “You know, it’s OK if you decide you don’t want to be a therapist. You – we – have got so much from your training journey that it doesn’t really matter.” Learning that it was OK to not have a fixed end product was really helpful – especially as, at times through the training, there were big internal shifts that could push me off course. So my meandering path has included taking a part time job in a completely different environment to give me headspace to think about private practice and of course moving away from Scotland for a period of time.

My meandering means that I now have insights into things I didn’t before – the powerlessness of being in a country where you don’t know how things work; life as an immigrant or ex-pat; the cumulative impact of small changes – all of which feed into my work with clients. And I have added online counselling to my professional repertoire, which I had never expected to do – I work with clients by email and instant message as well as web-cam and phone. Through that work I’ve formed networks outside the TA community and have started to explore Inner Relationship Focusing. I’ve realised there’s plenty of time.

“If the path be beautiful, let us not ask where it leads.” (Anatole France)