Starting my TA Journey – A Barrelful of Learning Opportunities 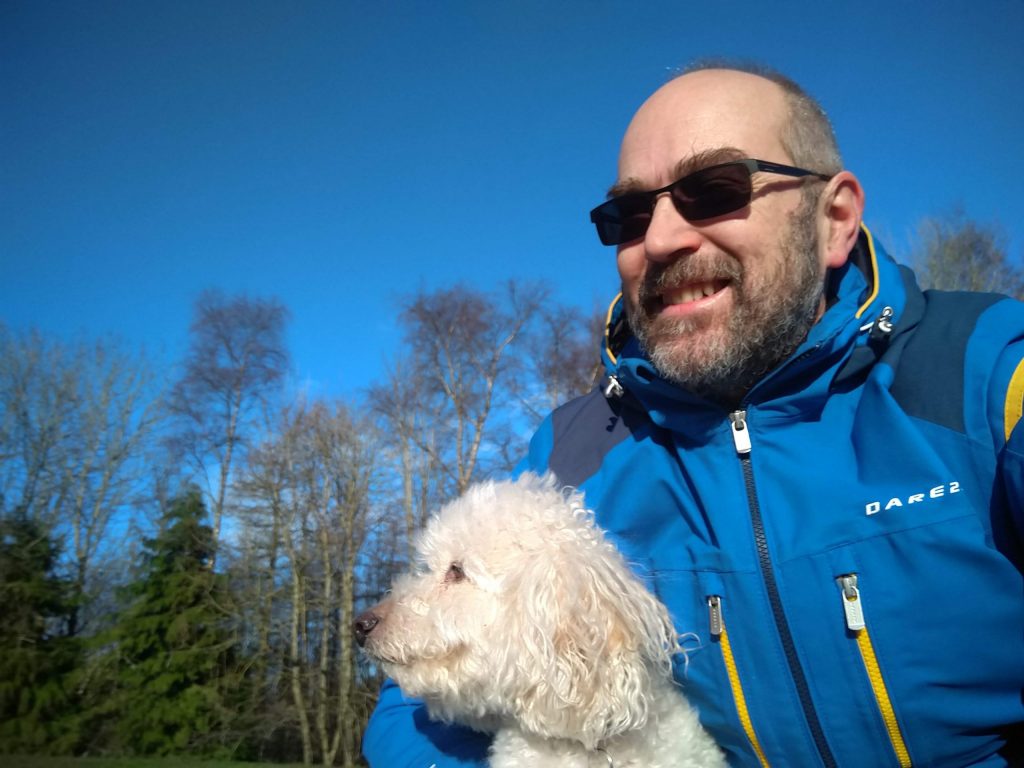 This month we are delighted to include a blog post from one of our Foundation Year students, Andy Sanwell, who shares with us so beautifully, some of his reflections at the beginning of his TA journey.

I arrived in plenty of time for the obligatory TA 101 course. As a partner in a business that runs training courses I was envious of two things.

The basement setting in the West End of Edinburgh is easy to access by public transport and the rooms are spacious with lots of colourful soft furnishings. The toilets are modern and clean with paper towels as well as a hand blower to dry my hands. There are two kitchens, the one mostly used is upstairs. It was laid out with possibly two dozen Physis Scotland branded mugs, two kettles and a microwave. “Good, I can warm my milk up before making my coffee.” Then there is the biscuit barrel. OMG, the tin of temptation and comfort, full of an endless supply of high-quality munchies. “There is going to be a struggle not to put on weight here”, I thought.

Whilst my first impressions of the premises were good, it was the number of people on the course that staggered me. I think we had twenty people and two trainers. This hit me in two ways. With my business hat on, that is an impressive size considering multiple TA 101s run each year which in turn means that the TA Foundation year probably has competitive entry. But my main concern was whether I would survive the strain of the weekend.

I need to put that last sentence into context. I am on the Autistic Spectrum. I struggle in groups because it’s difficult for me to distinguish between multiple conversations. I also have a quiet voice so it can feel like I am getting ignored when in fact, my voice isn’t being heard. Then there’s meeting lots of new people. In short, groups provide a mental challenge for me. I can get tired and switch off or worse, I get overwhelmed and need to leave.

I remember the first contracting session. What did we need to keep us safe? I talked to two people sitting to my left. One person said that they intended to sit back and listen over the weekend. This touched a sore spot in me. I couldn’t believe somebody would pay money and not take part in the weekend. What was the point of being here if not to contribute? If I can steel myself and make the effort, surely anybody could? I’m not sure what I said, but I knew I was rather energetic in my argument. The third person tried to put my view across in a softer manner. Sitting in silence afterwards whilst others contributed to the group discussion, I considered what I had said and how defensive the other person had been in response. I didn’t like how I had reacted. There was a pause and I spoke up. I said something along the lines of how important it was to respect other people’s points of view so that they could keep themselves safe. If somebody didn’t want to join in, that should be okay, because only that person knew their own capabilities. I was speaking up for the person I had been haranguing but I realised how important that principal was to me too. The three of us ended up having lunch together.

I was philosophical about the Foundation Year interview. I could have done it over a video link but chose to be seen in person because I felt that would be easier for myself to deal with. The TA 101 weekend had given me a chance to decide how I felt about the trainers but what about the other way around? I don’t like interviews but I thought I was more than capable of being an asset to the course. There were still some nagging doubts. With more applications than spaces, would I be chosen and what would that autism label mean? The interview went well, though amusingly I did feel the need to clarify if I was on the course since one trainer got carried away in her enthusiasm and seemed to assume I was without any discussion with the other one!

The first day of the counselling skills weekend had arrived and I was on the train ride to Edinburgh. I was looking forward to crossing the Forth and seeing the three bridges. Unfortunately, I dozed off and instead reflected on my feelings about seeing the airport. At some point I realised I was happy and looking forward to starting the course, a state of being that surprised me and I thought boded well. For our check-in we were expected to introduce, say a bit about ourselves and tell the group why we were there. I had planned to go first but someone else kicked off. I jumped in next and said my name and some bits about my life. I then tried to tell the group I was autistic, stumbled and burst into tears. I had no idea how much shame and fear I was carrying around inside me. I went on to explain that I wanted to support “that group” before correcting myself to “my group” because of the chronic lack of funding. I was shaking like a leaf and struggled to concentrate on others for the rest of the day. I made the decision though to try to be okay with not being okay. I got through.

I guess you could say my TA Foundation Year started with a bang or more accurately a cloudburst. In some ways that sums up my experiences. I am with a fantastic group of people who accept me warts and all, and whom, though I hesitate to say it (and believe), I love. Together we have uncovered insights about ourselves that at times has been shocking and wonderful. Yes there has been plenty of tears but also puzzlement and curiosity. There has also been much, so much laughter. If you are at all wondering if this is the course for you, then I say go for it. My life has positively changed due to my experiences in more ways that I have words for here. Be warned though, you are going to have to work hard. There are however, plenty of biscuits!