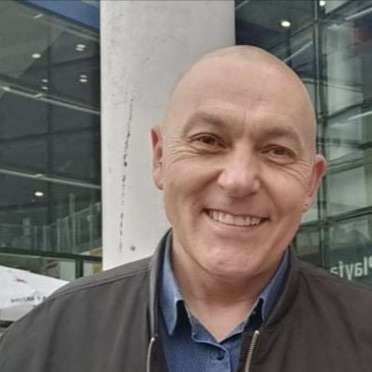 This month we are delighted to introduce Alan Rooney, a Foundation Year student. Alan is sharing his experience of starting his psychotherapy therapy at Physis Scotland and we are delighted he has chosen to share his story in our blog.

The engine throbbed and thrummed as the little, 1940s built, two-seater single-engine airplane ran down the runway until it reached take-off speed. The instructor was sat in the back, but not taking a backseat, as he was in control. Then it was off, up in to the sky above RAF Turnhouse. The pilot pulling back on the joystick and the little engine did it’s work to get us up to where we could level off. Flying out over the Firth of Forth, with the rail bridge and the road bridge below us, was such a lovely sight and feeling.

After a short while cruising through the clear blue sky, the instructor’s voice came over the headset intercom to say that we would be doing some aerobatics today. As a 14-year old, just there for an “air experience” flight, I gulped – several times – hoping that he wouldn’t hear me through the throat mike wrapped around my neck. I hoped that he only heard the cautious OK that I think that I might have responded with.

We are going to be doing a loop today, he said, and then went on to explain how to perform the maneuver. It all sounded fairly straightforward, even to my young mind, but then came the moment to put it in to practice. I’m not sure if I gulped this time, but it was certainly a moment of great anticipation and excitement.

Taking the joystick, I pulled back and pulled back on the stick until it was up against my stomach. The little craft started climbing up and up, with me holding on and pulling. It began to loop until we were upside-down. We were both securely strapped in but I was very aware of hanging upside-down in the cockpit, dropping out of the seat ever-so-slightly because of the slight give in the canvas straps.

Here I am now, as a Foundation Year student with Physis on a counselling and psychotherapy Diploma course, once again in Edinburgh. RAF Turnhouse is no longer there and in it’s place stands Edinburgh Airport. The only remnant from the past is the Spitfire sitting on it’s pedestal on the road to the modern Terminal.

Instead of my trusted pilot in the back seat of the light aircraft, I now have my course tutors, my fellow classmates, and my therapist as my teachers. I have certainly gulped again, a few times, as I have been asked to do things that I have never tried before. Or that I thought that I could not be capable of doing. This particular ride, too, is fascinating and exhilarating – and I certainly wish to stay along for the rest of the ride.

Instead of my various teachers telling me “You have control”, they tell me that I have permission. They give me permission.

My tutors explain the practice, how things work. They place their trust in me (and I in them) and give me permission to practice new personal skills with my vulnerable fellow students.

My fellow students give me permission to be in the room with them, to hear things that will stay there between us. Them holding me – and me holding them.

My dear therapist started the whole process for myself when she gave me permission to be me. She told me, like my flying instructor, that I have control. It was a turning point of my life. After so many years of not being giving myself permission, I was encouraged to grab the joystick and to give it a go.

Writing this, I thought about the word joystick. I was tickled by the fact that the “stick” is prefaced with the “joy”. In this Foundation Year I have experienced a liberation and a joy in being allowed to be me. A joy I had never allowed myself before.

My teachers – my tutors, my fellow students, my therapist – have given me the joystick and have given me their permission to grab hold of it. I wish to “stroke” them so much for granting me this privilege that they have entrusted me with and for them to know that they are valued and loved on this new journey we are all taking together.