How will we begin? 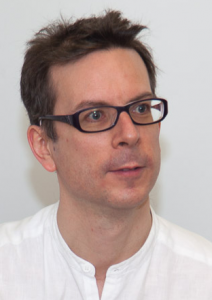 In this month’s blog post, Matthew Elton, former Academic Student Support Adviser for Physis Scotland, writes about one of the themes explored in a workshop he ran at the 2020 STAA conference “Creating a New Therapy for Each Client.”

One of the things that made me most nervous when I first started to see clients was how to begin each session. I felt a huge weight of expectation on me. But I also knew that part of my work was to find ways to hold and manage that anxiety – not just by myself but also with the help of my support network. After all, it’s very much not the client’s job to reassure me that I’m doing OK.

So having some concrete ideas for how to start a session is useful. Like most practitioners I have a set of ‘standard openings’. The very first session is different, of course. Once I’ve talked about various housekeeping things such as confidentiality – I often begin by simply asking “Why have you come today?” It’s straightforward and inviting. With luck, it will get the ball rolling, but I also have some “standard follow ups” that I hold in reserve in case the response to this question peters out.

But my main topic today is about openings in later sessions. When I first started out I usually stuck with the same opening for every client: “What’s on your mind today?” Having that opening pre-prepared helped me feel settled. And I hoped that if I was settled, it would also help the client feel settled too.

Over time, though, I noticed that this opening didn’t work well for some clients. One client in particular, I’ll call him Patrick, really struggled with the question. At first he would just go very quiet, and then as if he was trying to untie a very tangled knot, he’d make a series of false starts before grinding to a halt. I began to realise that the question was putting him under pressure and making him feel bad. Reflecting on what might work specifically for him, I realised I needed to come up with a different opener.

In the sessions we had been using the image of a ‘brain fog’ which used to descend regularly on Patrick. So I started to experiment with the opening “Has the ‘brain fog’ totally got the upper hand this week?” If the answer was “yes”, Patrick didn’t feel judged, because we’d discussed a lot how the ‘brain fog’ was a very powerful force. And we’d agreed that it would be no surprise if it did dominate some weeks. However, my new opening invited Patrick to comment on exceptions, however small. Sometimes Patrick was able to take up this invitation, reporting what might seem to outside observers as very small victories – such as clearing 50% of his backlog of washing up – but that the two of us recognised as significant acts of resistance against the oppression of ‘brain fog’.

Experiences like the one I had with Patrick have encouraged me to expand my set of ‘standard openings’ and to notice how they fare with different clients. Some of the openings I have in my current collection include:

Bolder openings that I also have in my toolbox include:

When I got participants to explore the topic of openings in my workshop at the 2020 STAA conference, some people were positive about beginning with silence and others absolutely hated it, citing it as a reason why they’d changed therapist in the past. Bolder openings are not for everyone and perhaps not something to recommend to therapists just starting out. But thinking actively and reflecting on openings is something I recommend to practitioners at any stage.

Nowadays I aim to mix up my openings, and not always use the same one for the same client. This can keep things fresh. And I can learn things from the way in which a client responds to a different opening. On the other hand, there might be some clients for whom consistency is helpful and reassuring. At my workshop I really appreciated a challenge on this very point. As well as being potentially unsettling for some clients, another risk of my “mix-it-up” approach is that I’m changing too many variables at the same time. By keeping the opener constant, it can be easier to see when something significant has changed with the client. As with so much in therapy, there are no hard rules and every decision we take about how to practice has potential advantages and disadvantages.